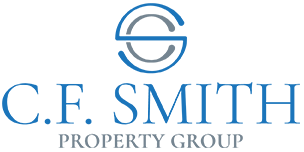 Dennis joined C.F. Smith Property Group in 2015 after owning a construction firm dealing with commercial, military, and light industrial projects. He is a Licensed General Contractor with over 25 years of experience in the construction industry. Dennis is a graduate of UNC Pembroke with a bachelor’s degree in Business Management.

After college, Dennis worked at a family-owned building firm that dealt with design-build construction. Design aspects incorporated wood, light gauge steel, and heavy steel framing used in a variety of building types such as animal confinement, hangars, commercial storage, and multi-use space learning all aspects of the business. Dennis took over the role of Sales Manager and the company’s general contractor after working through the different roles of the business.

Dennis took over the role of Project Manager and General Contractor with a commercial restoration company for the next two years dealing with emergency fire, water, and storm damage. He received certifications in asbestos, lead, and mold remediation while dealing with projects throughout eastern North Carolina. Restoration and remediation work helped further develop a high degree of dealing with crisis construction and mitigating varying levels of damage both structural and emotional.

Dennis went out on his own in 2010 as a commercial general contractor. Projects ranged from work on Ft. Bragg Military Base to commercial ground-up and animal confinement buildings. Dennis’ hobbies include hiking, boating, and spending time with his wife and two girls.